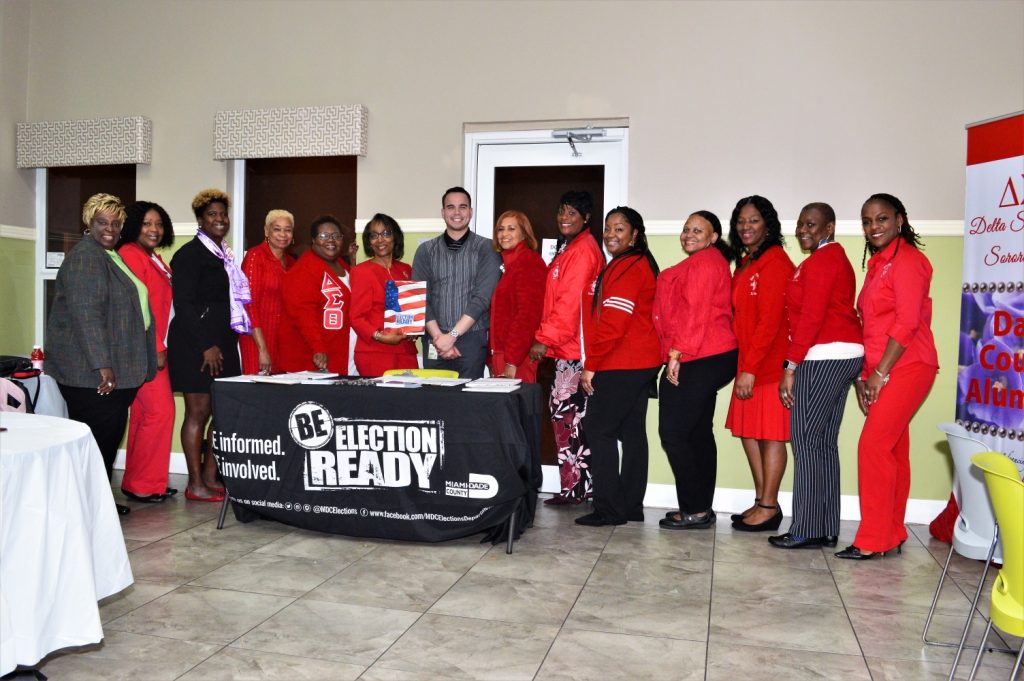 Dade County Alumnae Chapter of Delta Sigma Theta Sorority, Incorporated, Project W.I.T. (Women in Transition) committee hosted Operation Seal and Expunge at the Jefferson Reaves House) to assist residents with sealing and expunging criminal records in Miami-Dade County.  The Jefferson Reaves House is a treatment facility who services women who are addicted to substances and their children.  The Dade County Alumnae Chapter collaborated with the Miami-Dade Public Defenders Office, Miami-Dade County Department of Corrections and Rehabilitation, and the Elections Department to pull off this life changing event.

The Chapter President was presented with a beautiful plaque by the Jessie Trice Community Center Board of Directors to show appreciation for continued support of the Jefferson Reaves House.  Sorors assisted participants and the Public Defender’s Office with completing and processing applications.  The M-DC Department of Corrections fingerprinted applicants for the background check component of the application process.  Application fees were donated by the chapter members.  Participants were appreciative of the opportunity to complete applications to have their records sealed or expunged.  Project WIT committee members are currently working to create a process to follow applicants to ensure completion of the entire seal and expungement process. 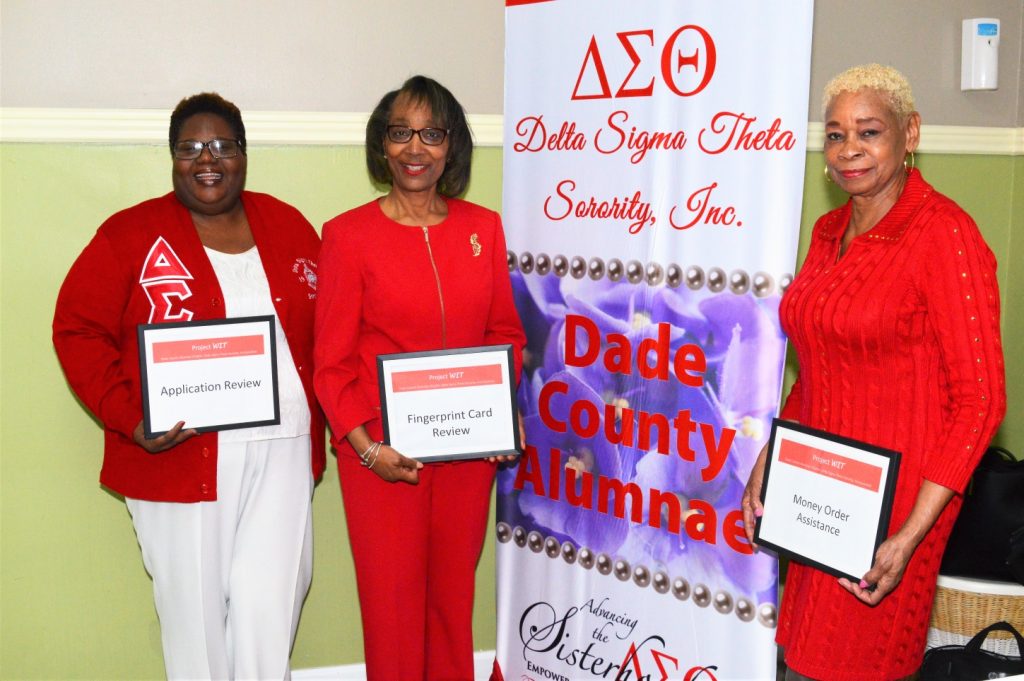 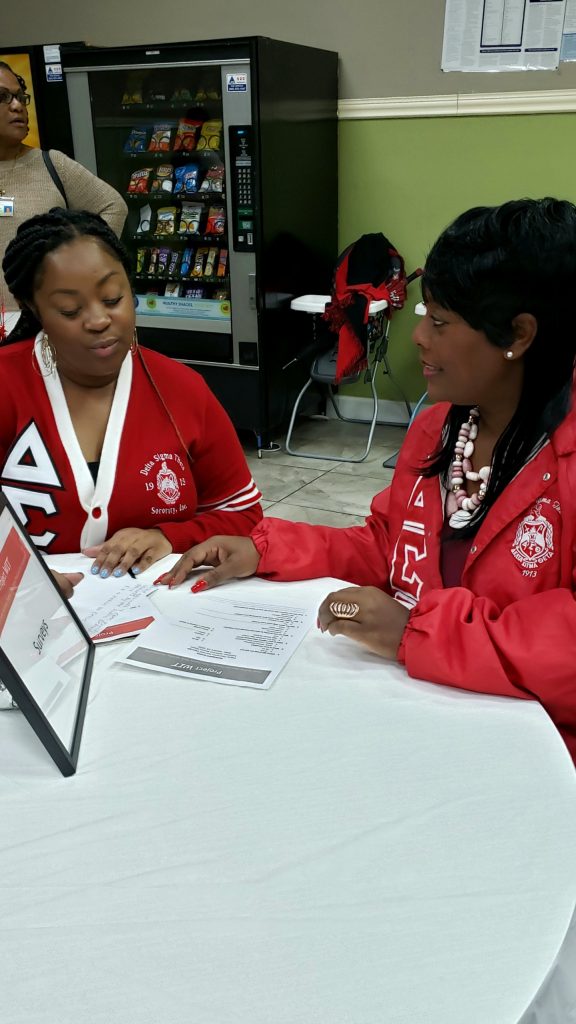 This website is the sole property and responsibility of the Dade County Alumnae Chapter of Delta Sigma Theta Sorority, Incorporated.